The Bully Project – Film and campaign 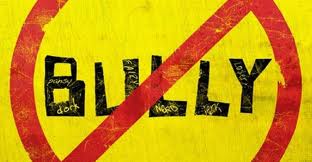 Bully is an American feature length documentary which follows five kids and their families over one school year and explores the impact of bullying on their lives. It is also an important conversation starter on a deeply insidious issue.

This year, over 13 million American kids will be bullied, making it the most common form of violence young people in the U.S. experience. Through the power of these stories, Bully aims to be a catalyst for change and to turn the tide on an epidemic of violence that has touched every community in the United States—and far beyond.

Bullying is so common in schools and workplaces that it is often normalised or accepted as ‘just how it is’ or ‘kids will be kids’ or ‘this workplace is just really high pressure, sometimes people get stressed’.

Bullying is insidious, often hidden, or if witnessed observers often fear that they will in turn be targetted if they say anything, so they remain silent.

According to a recent Australian Government report 1/4 students will be bullied at school. The Australian Human Rights Commission estimates between 400,000 – 2M Australians will be harassed as work. That’s some frightening stats.

I experienced some fairly nasty bullying in high school. For a couple of years I avoided walking around school by myself or going certain places outside school as I was scared I would be attacked by a group of girls who were constantly threatening me. Watching this film brought back the memories of chest clenching fear and constant low level anxiety.

I have also been the target of workplace bullying, once on a voluntary activist campaign and once on a film project. Both of these experiences required a substantial amount of work to get past. Bullying can have a big impact on your self esteem, mental health and general well being.

On top of my personal experiences with bullying I’ve witnessed bullying in a range of workplaces; in NGOs, political offices, environmental organisations, businesses and sporting associations. It seems that no institution is necessarily exempt just because of their politics or ideals.

I found watching Bully pretty emotional at times and yet inspiring because of the transformative campaigns and conversations that is it initiating.

The Bully Project is the filmmakers’ portal for their outreach and social impact campaign. Young people who featured in the film have gone on to become high profile anti-bullying advocates and the site provides a range of ways in which people can get involved in or start their own campaigns.

The film claims to have reached over 800,000 people to date and is making headway in schools and at a policy level initiating peer education and supporting schools to set up programs to counter bullying.

The filmmakers have also developed anti-bullying curriculum in partnership with Facing History and Ourselves.

Stand with the Silent is a parallel campaign that was initiated by parents of young people who had taken their own lives as a result of bullying. Also worth having a look at The Bully Effect a ‘where are they now’ follow up film that CNN put together.

Bully is another impressive example of a film about an important issue that has developed and executed a strong social impact campaign. Hurrah!

If you see someone being bullied offer them support. If you are being bullied please seek support.
It is not always possible to find that in your school or workplace, but there are a range of other places to go;
Reach Out counselling services
National Centre Against Bullying
Bullying No Way (a school resource)
Australian Human Rights Commission Bullying at work fact sheet
These are Australian links, but most countries have school and workplace bullying support services set up and are fairly easy to find online.