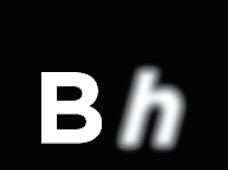 Big hART are arguably Australia’s most successful arts and social change company and are an incredible organisation to work with.

Founded by Scott Rankin and John Bakes in Burnie, NW Tasmania in 1992, Big hART celebrate 21 years of groundbreaking practice in 2013.

Big hART is a not-for-profit organisation, it began piloting task-focused, long-term projects with those at risk, providing new opportunities for them to participate socially and economically, as well as creating art of the highest quality. Big hART has since expanded nationally, and programs have assisted over 7,000 people, experiencing disadvantage in 45 communities across Australia, helping them to make sustained changes in their lives.

What sets Big hART apart is the consistent output of highly acclaimed films, performances and artworks which have enriched national and international festivals, simultaneously giving voice to people whose stories are not often heard. In the last twelve years, Big hART has presented 18 major professional works, to high acclaim, in over 12 Australian and International festivals. Big hART has also played a significant part in policy development around domestic violence, crime prevention and indigenous languages among other issues.