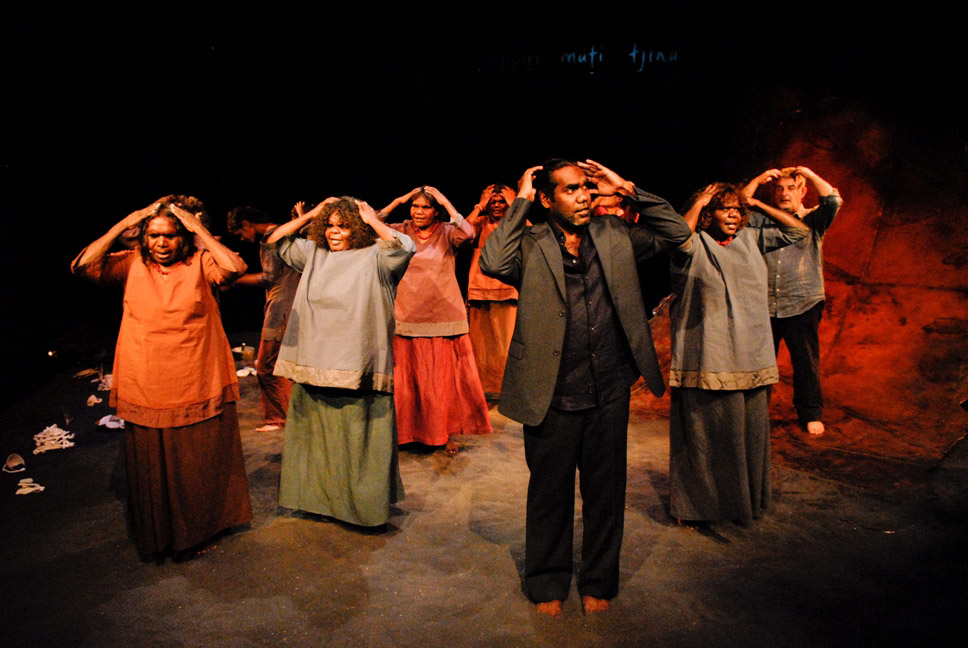 Ngapartji Ngapartji was an award winning cross cultural Big hART project based in Alice Springs and working across the APY Lands, SA. The project created an online language course, two touring theatre productions, over 75 short films, a television documentary and a campaign to establish a National Indigenous Languages Policy.

Conceived in 2004 based on research undertaken since 1999 Ngapartji Ngapartji was based on Arrernte country in Mparntwe (Alice Springs) from early 2005 – mid 2010.

The National Indigenous Languages Policy was launched in 2009 at Garma Festival.

Nothing Rhymes With Ngapartji
Back to Portfolio
Big hART