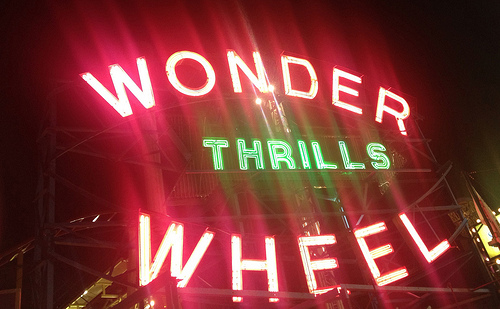 I head back to Australia tomorrow after (just shy of) 3 months of bloody amazing travels as part of my Churchill Fellowship. Tired blogging is never a good idea, but I am a bit behind in my writing so I figure I best write this now or it won’t happen!

I started in Alice Springs, visited the Pilbara and from Perth flew to London, on to Edinburgh, Toronto, New York, Boston, San Francisco, then to Los Angeles from where a friend and I road tripped through California, Arizona, New Mexico and Texas and from Austin I flew back for a final few days at Frameline Film Festival in San Fran.

I have been to Hot Docs and Frameline film fests, met and interviewed over 60 amazing filmmakers, producers, funders, evaluators and activists, watched countless documentaries, undertaken amazing training with the Centre for Story Based Strategy and zoomed on rickety rollercoasters at Coney Island for my birthday!

I was lucky enough to have this time to put together a constellation of ideas around how film can make change – and how to make change in general – by talking with broad range of creative and talented people. Everyone I met was super open and generous with their stories, practice, experience, methods and models.

I’ve gained a good sense of the burgeoning ‘impact space’ in the USA, have gained some great new networks and friends and experienced the joy of being overtired from travel, stimulation, people, inspiration and ideas!

While I have been on the road my film Queen of the Desert has also been gallivanting around screening in; Sarasota, Rochester, Boston, Seattle and San Fransisco in USA and Switzerland, UK, Holland, South Africa, Israel and Brazil. Crazily enough our paths didn’t cross over anywhere, but it has somehow felt really cool to be on the road at the same time.

After this kick ass trip I definitely want to make more films, art and media, to continue to collaborate and make trouble and to be part of creating culture-lead change. I feel really proud of Big hART with my heightened sense of where our practice sits internationally and I am deeply inspired to build a stronger movement of social justice artists, activists and filmmakers in Australia. I also want to work out how I can do this for 3 months of every year!

I am keen to share the networks, ideas and inspiration I’ve come across and hope to see the ‘impact space’ in Australia take off in the way it is exploding elsewhere. Sydney got organised first and in a couple of weeks (eek!) I’ll be presenting at Lights! Camera! Action! hosted by Oz Dox – The Australian Documentary Forum on Wednesday 10th July. (Facebook event page here). Hoping to speak at similar events in other places, will post on the events page as things get organised.

Coming home after big travels is always a wee bit daunting, but I am very excited about the premiere of Hipbone Sticking Out next week and I really can’t wait to swap stories with my colleagues, friends and peers.

PS I highly recommend going for a Churchill Fellowship; having the time and resources to travel and meet people, talk about ideas, practice, models and theories of change has been a remarkable privilege and I suspect will have ripples for years to come. Rounds generally open in November and close in February. Happy to share my thoughts on the process, just get in touch.