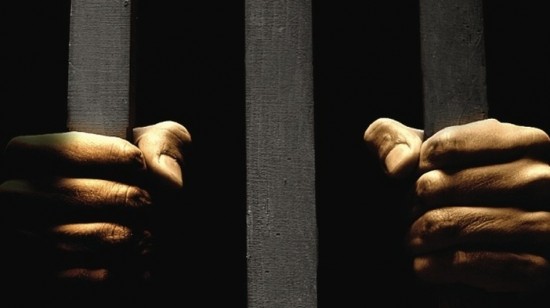 Over the past few weeks I’ve been looking at media projects that explore injustice in the criminal ‘justice’ system in the United States of America and its disproportionate impact on people of colour. Exploring the intersection of race, class, law enforcement and the criminal justice system is complex terrain. I’m not setting out to cover this in depth, but to introduce some films and projects in to the mix of the film & social change research I’m doing as part of my travels.

There are many parallels between the United States and Australia. This week news broke in Australia that indigenous incarceration and deaths in custody – already high – have both risen over the last 20 years.

The Australian Institute of Criminology has just released its latest report on deaths in custody, focusing on all deaths in the 20 years since the Royal Commission into Aboriginal Deaths in Custody. – The Australian

Indigenous people comprise 2.5 per cent of the total Australian population but they now account for more than a quarter (26.1 per cent) of the adult prison population and almost half (46.2 per cent) of youths in juvenile detention (and 97% of youth in detention in the NT). - Bendigo Advertiser

I have been looking at the ‘War on Drugs’ in the USA and the crippling impact that it has, predominantly in communities of colour affected by poverty. The parallels with the alcohol laws and the Intervention in the NT are chilling.

The New Jim Crow book by Michelle Alexander is an incredible read on this subject, I haven’t finished it yet, but already I can see great value in applying her analysis to the Australian context.

One of the fascinating things that Alexander points out is that in the 1970s mainstream thinking in criminology was that prisons were on the way out, they were not seen to be a deterrent to criminal behaviour. To the point were the US government was advised in 1973 by the National Advisory Commission on Criminal Justice that no new prisons be built. What is astonishing is that instead of phasing out prisons the ‘War on Drugs’ has drastically expanded the prison population, and the prison industry, to over 2,000,000 people.

The House I Live In is a documentary film which explores the origins and effects of the War of Drugs and has built an impact campaign in response to the issue;

“As America remains embroiled in conflict overseas, a less visible war is taking place at home, costing countless lives, destroying families, and inflicting untold damage on future generations of Americans. Over forty years, the War on Drugs has accounted for more than 45 million arrests, made America the world’s largest jailer, and damaged poor communities at home and abroad. Yet for all that, drugs are cheaper, purer, and more available today than ever before.” – The House I Live In website

The fact that prisons were not seen as the solution to crime is expanded in The House I Live In. One historian notes that President Nixon invested two thirds more money in treatment than policing of drugs and was seeing a greater return on the rehabilitation investment than the “hard on drugs” policy. However, he was seeing a greater political return on a tough on drugs stance and this is when the ‘War on Drugs’ really took off – to be expanded exponentially under President Reagan.

This is paralleled in the NT where law and order politics frame all responses to social issues and the Intervention is justified as a tough necessity to fight crime (in this case child abuse). Elections are won on law and order campaigns and yet the policies make things worse. This is heartbreaking. The policies “tough on crime” and “zero tolerance” etc get politicians elected but they make the actual problems on the ground that are driving crime worse.

A ‘Grog Crisis Rally’ was held in Alice Springs this week by People’s Alcohol Action Coalition (PAAC) in response to the scrapping of the ‘Banned Drinker Registry’ and the creation of new alcohol policies in the NT (more here).  PAAC argue that the new laws criminalise addiction and will, again, make things worse especially the new Mandatory Alcohol Treatment Bill passed last week.

To add to the heartbreak once people, especially more marginalised people, enter the criminal justice system they rarely get fair representation and support. At Hot Docs I saw Gideon’s Army a documentary which profiles the hard work of public defenders; who are similar to legal aid workers in Australia.

Gideon’s Army follows the personal stories of Travis Williams, Brandy Alexander and June Hardwick, three young public defenders who are part of a small group of idealistic lawyers in the Deep South challenging the assumptions that drive a criminal justice system strained to the breaking point. – Gideon’s Army website

In the Australian context I highly recommend The Tall Man; an incredibly powerful documentary from ever inspiring Blackfella Films based on the book by Chloe Hooper;

The Tall Man is the story of Palm Island, a tropical paradise in Australia’s Far North. It is the story of Cameron Doomadgee, who in 2004 was arrested for swearing at Senior Sergeant Chris Hurley – the ‘tall man’ of the title. 45 minutes later, Doomadgee was dead. – Blackfella Films website

Making an impact on racism, perceptions and behaviour is often harder than making legislative changes and in fact, sometimes the creation of anti-discriminatory legislation can mask the fact that discrimination is still happening within a system. We need to identify why a disproportionate number of indigenous people and people of colour are coming into contact with the justice system and make the effort required to change this.

Some reasons for increased contact with the criminal justice system include; poverty, over policing of certain communities, different laws for different drugs (ie crack and cocaine attract different penalties, crack is cheaper and therefore more accessible to people with lower incomes), over crowding pushing people on to the streets (and related public drinking laws in the NT for example), racial profiling and the list goes on…. The other huge area for discussion is why crime is being used as a means to control a particular portion of the population? This can also be seen playing out in the application of anti-terror laws and increased police powers.

Change includes legislation and policy, yes, but it also requires attitudinal and behavioural change especially in the institutions within the system; the police force, court and prisons. For this to change we, the community, need to demand greater justice and equality.

In this context the power of story becomes ever more potent. Storytellers must tell powerful stories, in engaging and persuasive ways to make these stories visible. This will help to create the kinds of cultural shifts required so that these kinds of injustices can not continue, because we come to value all people in our communities equally.

I’m finding hope amidst stark tragedy and racism in the activism of filmmakers I’ve mentioned above as well as groups like Deaths in Custody Watch (WA), Flat Out (Melb), Abolition Collective (Melb) and the myriad other abolition, prison support and criminal justice activists out there.

I’m also finding great inspiration in the work of my colleagues in the Pilbara who are working in the Roebourne community, the local prison and with the Pat family on the Yijala Yala project.

Big hART’s new stage production from this project is Hipbone Sticking Out and explores the relationship between globalisation, the resources sector and criminal justice through the story of John Pat, who died in a police cell in Roebourne in 1983. His death triggered the 1987-1991 Royal Commission in to Aboriginal Deaths in Custody.

The team are working closely with the Pat family and I look forward to returning to Australia in time to see the premiere of this work in Canberra in July. If you are in Canberra (or Sydney/surrounds) you should really make the effort to come and see this new work. I think it will be deeply moving, very unusual and an important way to bring another story into this much needed conversation.

September 28th 2013 marks the 30th anniversary of John Pat’s death. There will be actions held across Australia.

If people have examples of additional films, theatre productions, books etc that respond to the criminal justice system, the prison industrial complex and use story and narrative to respond to racism please let me know.

I’ll come back to the campaigns around the films, for today I just wanted to link to them all as I’ve been pretty stirred up by this viewing, reading and the release of the new figures on indigenous incarceration in Australia.

And I am looking forward to seeing the upcoming film Cocaine Prison by United Notions (in production now) which looks at the War on Drugs through the personal stories of prisoners incarcerated in Bolivia.