Hot Docs: Which Way to the Front Line?

Which Way to the Front Line from Here? is a moving portrait of photojournalist and filmmaker Tim Heatherington who was killed whilst working in Libya in 2011.

He was clearly a super lovely, engaged and enthusiastic guy with a great talent for disarming people and capturing beauty amidst chaos.

His first conflict zone work was in Liberia where he was shooting video and stills at the same time whilst travelling with the guerillas towards the capital. He was so taken by the relationships he built he spent the next 8 years working in West Africa not just in media, but as a teacher and for the UN etc. 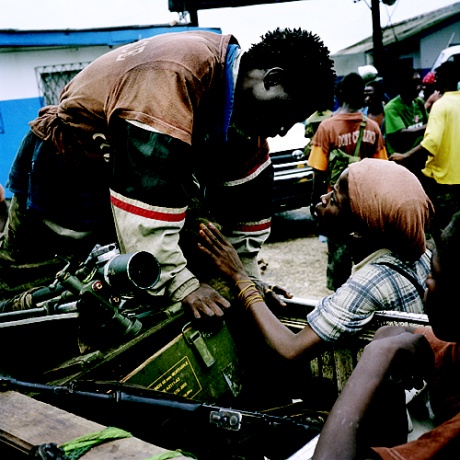 He had a deep commitment to reframing the face of war. He spoke about war zones as a space where the extremes of the human experience and human spirit were illuminated.

He commented that whilst he was motivated by moral righteousness he didn’t think this is what would shift people, that this is not what he should be showing audiences from the front lines. He rarely filed traditional conflict photos. Instead he focused on the intimate, the human and surprising moments of connection.

He was also fascinated by manhood, masculinity, risk, love and connection between men in combat. There are some interesting parallels here with Big hART’s Drive project which explored autocide, young men, cars and risk in North West Tasmania.

In 2007 he worked in Afghanistan where he followed an american military platoon from their deployment and throughout their service in the Korengal Valley. He spent 12 months living with these young men alongside filmmaker Sebastian Junger (who directed this film). Together they made the documentary Restrepo. 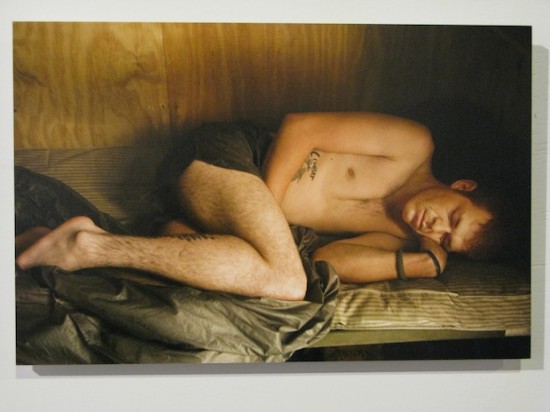 The sleeping US soldiers series he produced in Afghanistan is particularly moving as it conveys a vulnerability that we rarely see in coverage of soldiers at war . His portraits of the friendship and love between the soldiers are deeply touching. I’ve not thought much before about the deep bonding and love that arise in conflict zones and he captures it beautifully. It was also a shift for me to sympathise with american soldiers on the frontlines; I have thought a lot about returning soldiers, but not so much about life at the front. 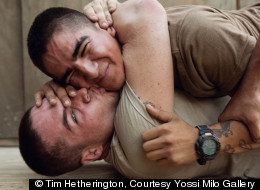 I wept a lot through this film; at war, at trauma, at the loss of such a whole-hearted person, but mainly at the joy of watching a life of integrity lived large and full. It is a joy to watch someone work across difference, build respectful and real relationships and based on that capture images and stories that change the way that we see the world. A beautiful film.

Check out some of his photo essays here.