Granito – How to Nail a Dictator; trial of General Montt starts 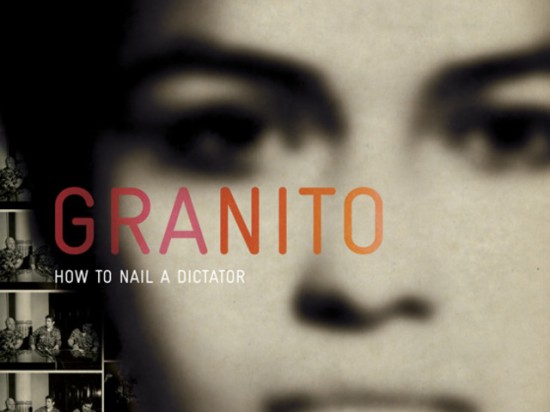 “Granito” means “tiny grain of sand,” and is a Maya concept of collective change, about how all of us persevering together over time can cause change and bring justice to society.

Granito is a unique story of destinies joined by Guatemala’s past, about how a documentary film intertwined with a nation’s turbulent history emerges as an active player in the present…

Granito is a fascinating film by Skylight Pictures that explores the relationship between Director Pamela Yates’ 1982 film When the Mountains Tremble and the current campaign for justice in Guatemala. It is at once a powerful lesson in history and a compelling film about the power of film itself; the power of bearing witness and the power of film to contribute to social justice.

Yates was young and brazen when she made When the Mountains Tremble 29 years ago. She managed to infiltrate both the guerrillas and the military during the genocide that lead to the deaths of over 200,000 Guatemalan people, mainly Maya indigenous people. Some of her footage, including interviews with former military leaders, is now being used as key evidence in the trial of former military General Efrain Rios Montt. The trail has just started and will run over the next few weeks.

Not unlike Pray the Devil Back to Hell the subject matter is saved from being utterly devastating by the dignity, hope and stories of those have continued to struggle for justice. Not only within the film, but also around the film. Knowing that the film is working on other levels – as evidence in the trial and campaigning for human rights more broadly – makes hearing the trauma of the past easier to handle because there is a sense that justice will win out.

Skylight Pictures do much more than make films; their films are connected to and part of human rights movements and campaigns. Their documentary The Reckoning about the International Criminal Court was linked to a campaign to which Skylight created; International Justice Central. IJ Central “is a resource, developed by Skylight Pictures, for concerned citizens around the world who want an effective International Criminal Court to prosecute perpetrators of crimes against humanity, war crimes and genocide.”

Skylight have also created an open publishing digital space for the sharing memories of the Guatemalan genocide; Granito; Every Memory Matters. And they are launching a digital toolbox of campaigning tools later this year.

Skylight make fantastic feature length docos on tough complex issues, get large scale exposure for these films through festivals, television broadcast and distribution and they embed their films in smart campaigns to create more pressure and leverage on the issues that they look at in their films. This approach is not dissimilar to the Big hART model and I am keen to learn more about the how of what they do.

I saw The Reckoning at the Adelaide Film Festival in 2009 and have been following Granito since supporting its kickstarter campaign a couple of year ago. I’m a big fan of their work and I’m really looking forward to meeting up with these filmmakers.